How Knew the Wise Men from the East the Meaning of the Star? 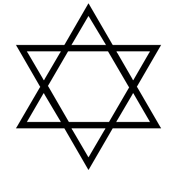 How Knew the Wise Men from the East the Meaning of the Star?

How did the Wise Men know that the star they followed, was the announcement of a new born King?

After the period of the exile, many Jews lived still in Babel, somewhere between the rivers Tigris and Euphrates (in the east) and there they multiplied and became an important part of the population. Certainly they caught the attention of the people by their belief in one God, their holy books and their dedication to each other. Curious people wanted to know more about their belief and apparently the wise men belonged to them.

The Messiah
They had learned about the coming of the Messiah and his salvation for Israel as was promised in the book of Isaiah (60:1, RSV etc.):
“Arise, shine; for your light has come,
and the glory of the Lord has risen upon you.”

The Messiah would be a son of David (9:6-7):
“ For to us a child is born, …
Of the increase of his government and of peace
there will be no end,
upon the throne of David, and over his kingdom,
to establish it, and to uphold it.”

The Star of a King
And suddenly there was the star, the bright shining Star and moving into the West, in the direction of the nation of Israel. The wise men had never ever seen such a huge and slowly moving star. They could not find in their books what it was, it had never been observed at the sky by night. So it should have to do with Israel as it moved in that direction.

From their Jewish friends they could learn more about an old prophecy regarding king David (Numbers 24:17):
“I see him, but not now;
I behold him, but not nigh:
a Star shall come forth out of Jacob,
and a Scepter shall rise out of Israel;”

In the time of Moses, this was spoken by Bileam, a prophet who was engaged by an opponent of Israel to speak a curse over the nation. But Bileam could not do so. Moreover he also gave a prophecy about oppressors of Israel in the remote future saying that they could not stand against Israel, through a rising star, a scepter. Usually one think about king David as this rising star, and from this passage originate the national Jewish icon of the Star of David (already in the time of the Romans). However also oppressors after David are mentioned: Asshur and the Kittim (the Greek).

The Wise Men’s Faith
Having collected all the information about the huge star, the wise men could come to no other conclusion: the Star was a new fulfillment of the prophesy. A sign from the one true God who would lead them to the new born son of David, the Messiah. It is possible that they also got a dream with a divine message to go and see the new born king. Anyway, they wanted to see him, and they prepared for the journey to the West. And following the star they did not get disappointed.

The Crown Jewels June 3, 2022
Documentation, the Right Vaccine March 21, 2021
The Letter to the Galatians and to the Hebrews December 14, 2020
Leave a Reply Cancel reply